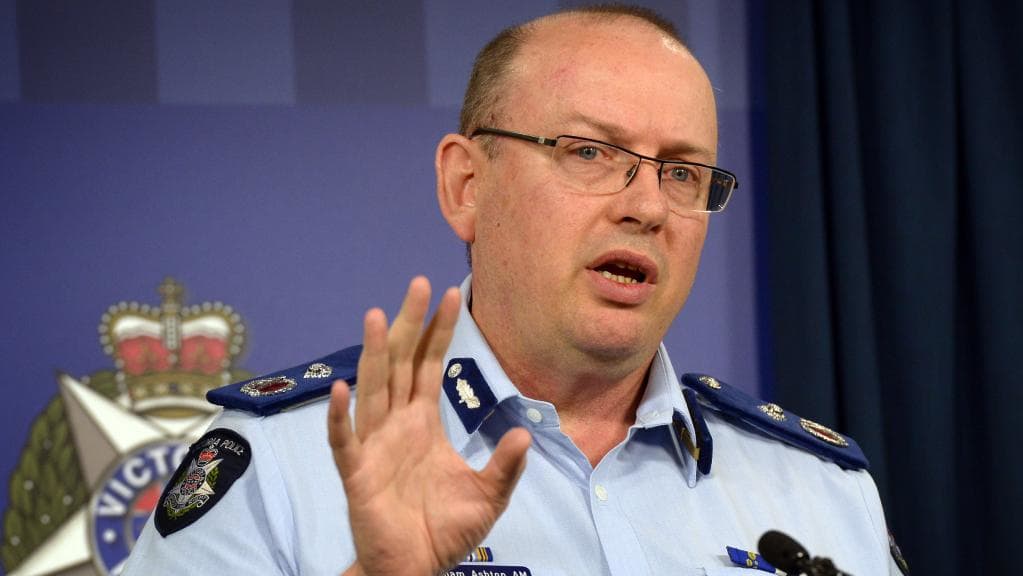 You are currently chair of a mental health organisation. Tell us more about that.

I recently became the Chair of a new organisation called Fortem. This is a not-for-profit organisation dedicated to the mental health and wellbeing of Australia’s first responders and their families. Currently we are working with first responders following the Black Summer bushfires. I was very pleased to accept the role of Chair or Fortem because mental health is a passion of mine and Fortem presents an opportunity to have a positive impact on a national scale.

When I became Chief Commissioner I saw an opportunity to address this important issue, which in my view had been largely unspoken and swept under the rug. As Chief Commissioner I had to attend many funerals of officers that had committed suicide. There is always a stigma associated with seeking support in policing, which is no different to the rest of our community. I need to ensure we turned that around so we could address issues earlier. Fortunately we achieved substantial improvement in this area.

You mentioned that you took a break from Victoria Police for a period of time. What led to that?

Late in 2017 I had burned the candle at both ends and was burnt out both mentally and physically. I needed a break to understand what was going on and reset. Instead of just taking leave, I went public as to why I was seeking support and tried to send a message to 21,000 employees that if it is OK for me to seek help it is OK for them. It had a very positive impact.

What were some of the key learnings for you whilst taking time away from work?

It reinforced what works for me in building mental health and resilience. Making time for my friends, hobbies and exercise in my case. Everybody is different, so it is important that we all know what it is that eases our stresses and allows us to cope with life complexity.

Was it hard for you as the Chief Commissioner of Victoria Police to speak up and say that you needed to take a break?

No, in reality it wasn’t. I felt it was a great opportunity to set an example for the workforce. That is something a leader should always be looking to do.

You must have developed some resilience techniques being in such a difficult role. What works for you?

Self-awareness is very important. We should all be learning constantly what works for us in building resilience. For police it used to be a trip to the pub, but times change and now police are more likely to hit the gym. For me I like low and slow American-style BBQ (I compete in a competition team), all three racing codes, Port Adelaide Football Club and fishing. Everyone is different, you have to know what works for you.

Some people in the harness racing industry have talked about social media criticism that they have received both publicly and privately. Do you have any advice you can offer to assist them?

I am no stranger to criticism. It has been a constant companion of mine for many years. In terms of handling that situation you must remind yourself that if you want success at your profession it will come with both praise and criticism. Try to focus on the positives and remember that by striving for success you are in the stadium playing the game and will always be ahead of those sitting on the sidelines watching and criticising. Rely more on the opinions of those that respect and support you. Those whose opinions you value. Hard work is the only recipe of sustained success, but If you don’t succeed, remember there is nothing more regretful that not having had a go.

How do you cope personally with social media criticism and/or other criticism levelled at you being in the public domain?

I tend to not consume it personally. I only hear about it from friends etc. I choose to only give weight to the opinions of those that know me and who I respect. It is important to only focus on what you can control and the opinions of people you do not even know is not something you can control. I also focus on the good I have done over the years and the positives and what good I can do in the future.

What does integrity mean to you?

It should be the cornerstone of what you do. You should have established behaviours and standards that you model and don’t compromise on. You should be able to speak about that what they are. People who know you will value that. Some people might criticise your integrity but if you maintain the standards you set you will be fine. I see dignity and integrity as going hand in hand. They are both similar in that you control them. For example others may criticise you but they can’t take your dignity.  You can only forfeit your dignity. The same goes for integrity in my view.

Lifeline is a national charity providing all Australians experiencing a personal crisis with access to 24-hour crisis support and suicide prevention services. Lifeline can be contacted on 13 11 14.